Pair Go®, in which a man and a woman play alternate moves on the same side, has been considered a frivolous diversion. But we believe that if you actually try this system out you will find that it produces a very interesting game. . . .Not only do you have to analyze the moves made by your opponents; you also have to read out the meaning of your partner’s moves. . . . Before the game is over, however, it is virtually certain that your partner will play some stones that will either move you to admiration or leave you perplexed, providing a zest that you never have found in the individual game. When a one-on-one game becomes two-on-two, new elements are added, and new questions arise in the formulation of strategy. 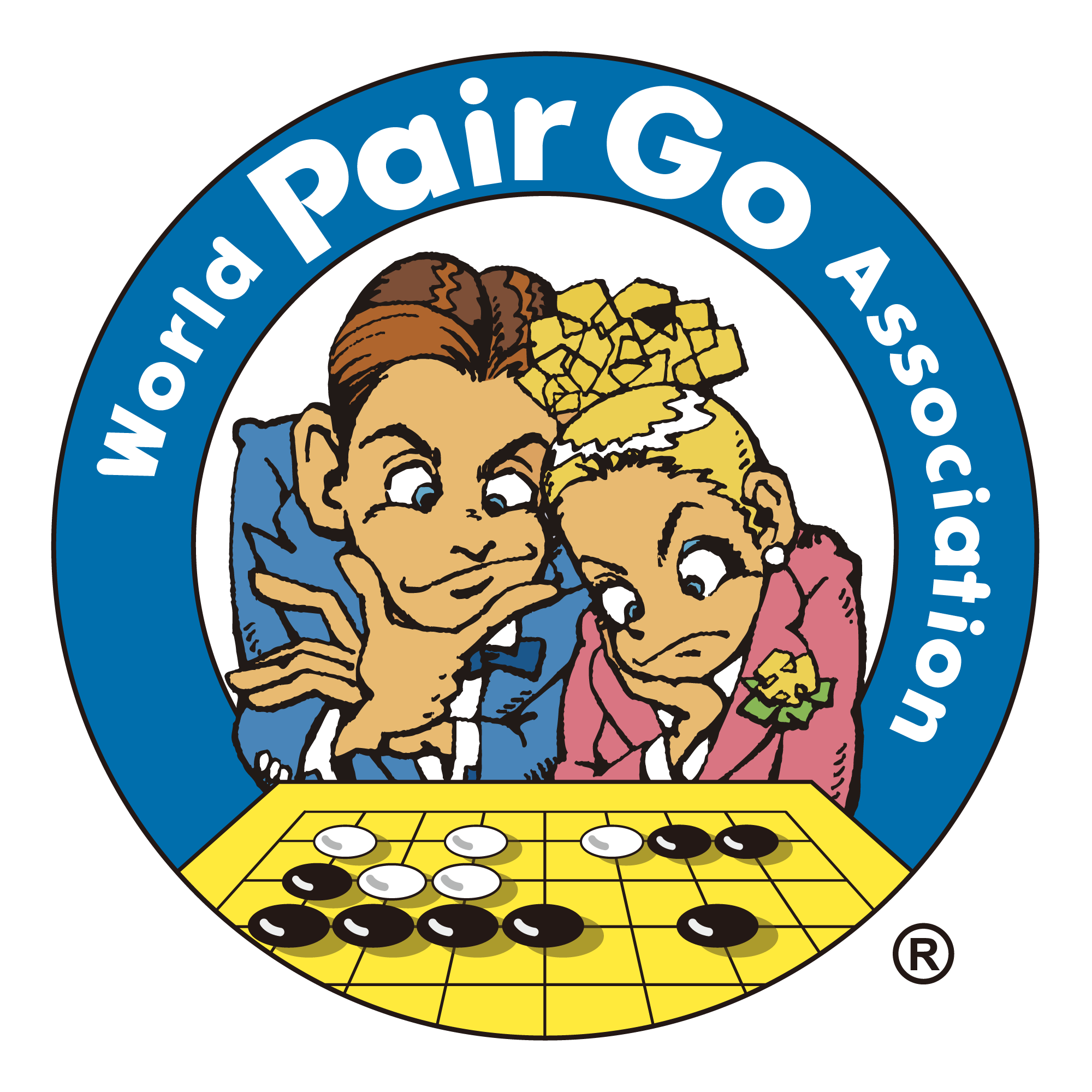 Pair Go®, in which male-female teams compete for prizes and the right to play for their country in the yearly International Pair Go Championship, has grown rapidly in popularity since its inception in the late 1980’s. The World Pair Go Association believes that bringing more women into the game will make it more popular with all players. They also aim to introduce a social element to a game that can be a solitary pursuit.

In Canada, we hold a Pair Go tournament as part of the Canadian Open (usually on the labour day monday). At this tournament points are awarded based on the pair’s place, and also for participation. Since the International Pair Go competition is aiming to encourage participation more than competition every pair may have the chance to represent Canada over time through accumulation of participation points.

For rules on how the tournament should be run the document describing the Canadian Open includes a section on Pair Go®. The original 2002 version can be found here, and the 2008 proposed updated version (synced up with the Point system above) can be found here.